The Lincoln County Roadrunners' program was founded and formed in 1993 by Ralph Coose. He organized, volunteered as a coach, held practices at Clonts Field in Troy for eight disabled individuals, including three wheelchair athletes in Track & Field events. The first competition was held at Fort Leonard Wood and all athletes came home with either a Gold or Siver medal in respective sporting events on the field; including 50/100 meter run, baseball or tennis ball throws, wheelchair straight or slalom races, and standing long jump. In 1994, Jan Bettencourt and Kathy Bopp, along with her husband, Terry took over leadership of the Roadrunners. Over the next six years the program added soccer, softball, basketball, and golf to the program, creating year-round activities. With the help of Sam Gilliland, Pro Golfer at Royal Oaks Country Club, a golf team was formed in 1996 to not only compete at skills level, but partners were provided for advanced athletes to compete in 9-hole and 18-hole area and state tournaments. Eventually all sports were competing at area, regional, district and state levels. In 2006 Kathy and Terry Bopp retired and in 2009 Roger Kiesey became Co-Director, while at the same time softball was eliminated from the Lincoln County curriculum because of scheduling conflicts. Training is all important in Special Olympics and in Lincoln County we have a dedicated group of coaches, assistants and buddies who train athletes. Without this training, the events would be one-day gala festivals rather than the culmination of months of preparation. All athletes must complete medical forms and releases prior to participation in sporting events. Coaches, volunteers and partners must all go through screening prior to entering the training program. Special Olympics is not concerned with size, speed or strength. What is important is striving, rather than winning. The courage that brings the athletes to the starting line is honored more than the skill that carries them to the finish. The State Motto of Special Olympics is "Let me win, but if I cannot win, let me be brave in the attempt." 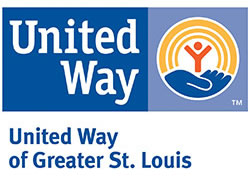